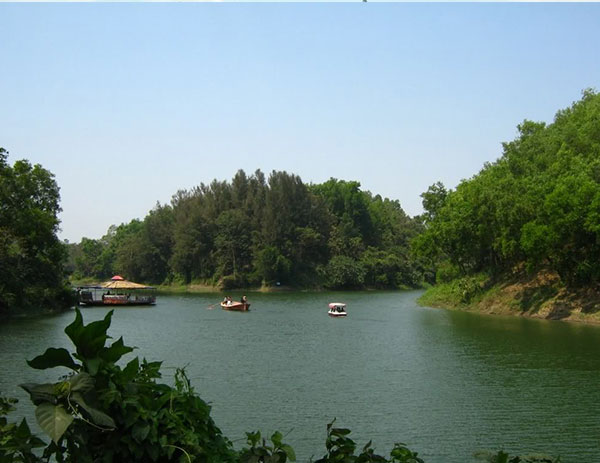 Decidedly untypical of Bangladesh in topography and culture, the Chattogram Hill Tracts have steep jungle hills, Buddhist tribal peoples and relatively low-density population. The tracts are about 60km (37mi) east of Chattogram. The region comprises a mass of hills, ravines and cliffs covered with dense jungle, bamboo, creepers and shrubs, and have four main valleys formed by the Karnapuli, Feni, Shangu and Matamuhur rivers. 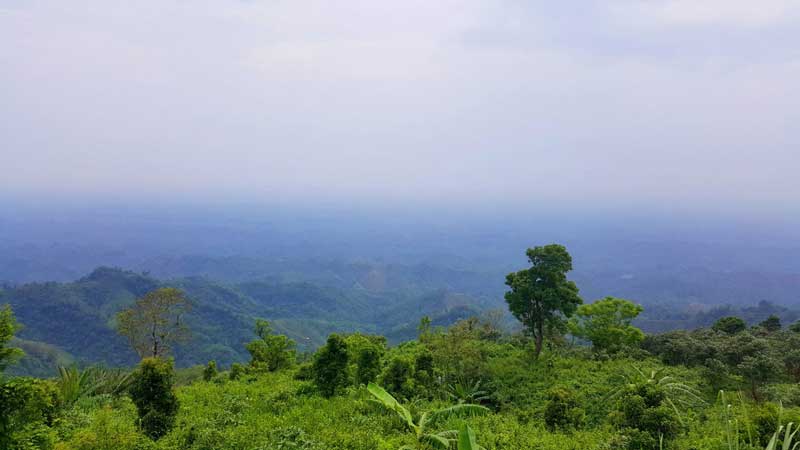 Rangamati, a lush and verdant rural area belonging to the Chakma tribe, is open to visitors, as is Kaptai Lake. The lake, ringed by thick tropical and semi-evergreen forests, looks like nothing else in Bangladesh. While the lake itself is beautiful, the thatched fishing villages located on the lakeshore are what make a visit really special.

Boats that visit the villages leave from Rangamati. Bring your swimming gear because you can take a plunge anywhere.

The Hill Tract is divided into four valleys surrounded by the Feni, Karnaphuli, Sangu (Sankhu) and Matamuhuri rivers and their tributaries. The ranges or hills of the Hill Tracts rise steeply thus looking far more impressive than what their height would imply and extend in long narrow ridges. The highest peaks on the northern side are Thangnang, Langliang and Khantiang while those on the southern side are Ramu, Taung, Keekradang, Tahjindong (4632 ft, highest in Bangladesh), Mowdok Mual, Rang Tlang and Mowdok Tlang.

The inhabitants of the Hill Tracts are mostly tribal. Life of the tribal people is extremely fascinating. Majority of them are Buddhists and the rest are Hindus, Christians and Animists. Despite the bondage of religion, elements of primitiveness are strongly displayed in their rites, rituals and everyday life. The tribal families are matriarchal. The women-folk are more hardworking than the males and they are the main productive force.

The tribal people are extremely self-reliant, they grow their own food, their girls weave their own clothes and generally speaking, they live a simple life. Each tribe has its own dialect, distinctive dress and rites and rituals. The common feature is their way of life, which still speaks of their main occupation.

Some of them take pride in hunting with bows and arrows. Tribal women are very skilful in making beautiful handicrafts. Tribal people are generally peace loving, honest and hospitable. They usually greet a tourist with a smile.

The valleys of the Hill Tracts are covered with thick-planted forests. The vegetation in semi-evergreen to tropical evergreen dominated by tall teak trees. The natural vegetation can be seen best in the Rain-khyong valleys of the Bandarban district.

This district provides valuable wood which is used for various purposes, besides supplying wood and bamboo for the Karnaphuli Paper Mills and the Rayon Mills situated at Chandraghona. Here a tourist may be lucky to see how huge logs of wood are being carried to the plain by the tamed elephants. 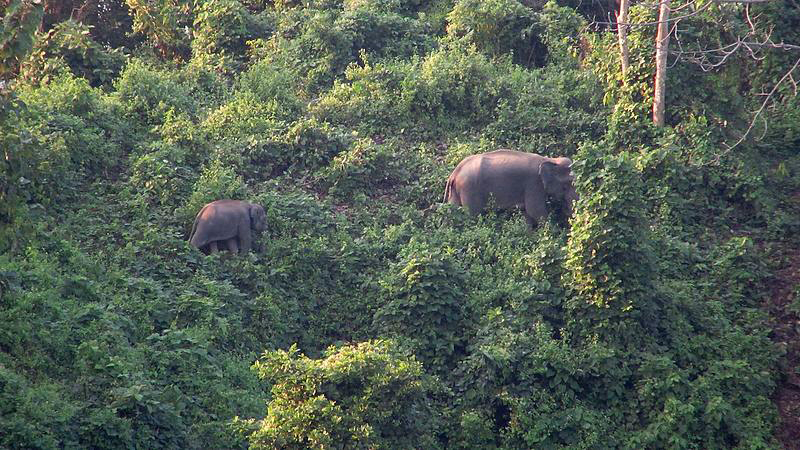 Famous Kaptai Lake, the largest "man-made" lake, spreading over 680 sq. km. of crystal-clean water flanked by hills and evergreen forests lies in the Rangamati Hill District. The lake was formed when the Karnaphuli river dam (153 feet high, 1800 feet long crest) was built for the purpose of hydroelectric power project at Kaptai. The old Rangamati town was submerged under lake water and a new town had to be built later. The lake is full of fish and provides facilities for cruising, swimming and skiing. There are also facilities for angling and short trip by Sampan, local name for country boats. 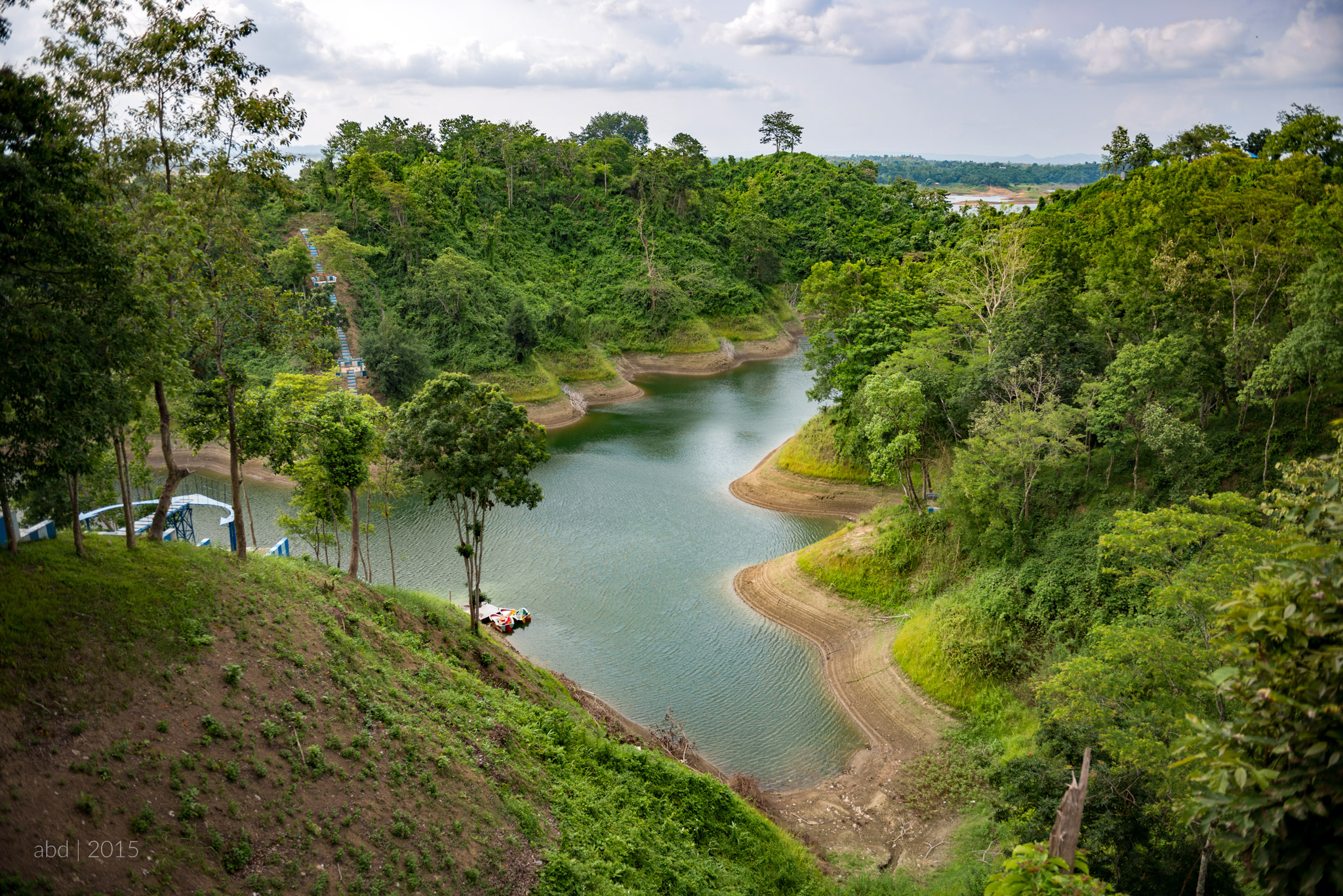 The Hill Tracts is divided into three districts, namely Rangamati , Khagrachari and Bandarban .

N.B For visit of foreign tourists to the Hill Districts prior permission from the Government is required which can be arranged through Tour Operators & BPC.